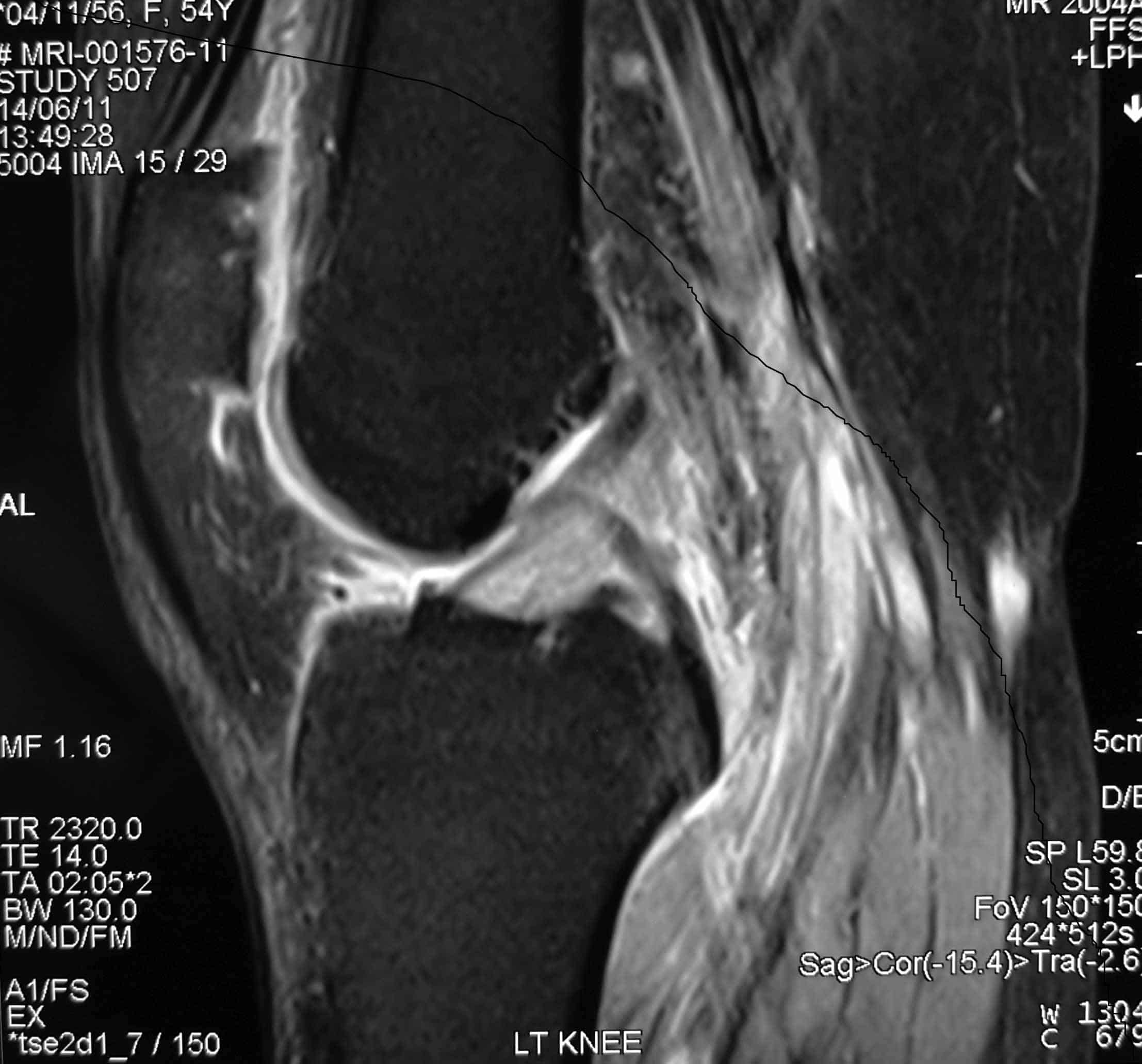 Mucoid Degeneration of the ACL

What Is Mucoid Degeneration of the ACL?

This is basically an MRI diagnosis of expansion and increased signal of an intact ACL in a person with knee pain which is worse on knee flexion/bending.

Patients usually present with nonspecific posterior knee pain with restriction of flexion. There is usually no restriction of knee extension, no complaints of instability, no major trauma episode preceding the symptoms. It affects people of all age group but more commonly in the middle-aged patients, between 35 and 52 years old.

What is the Cause?

The cause of mucoid degeneration of the ACL remains unknown. Two theories are generally accepted. One theory is that this lesion may simply represent a continuum of senescent degeneration (aging) of the ligament. I do not really subscribe to this theory as there have been reports of such cases in young people as well.  The second theory considers that congenitally displaced synovial tissue maybe the cause of cystic lesions within mucinous degeneration.  The truth is no one really knows why or how it occurs.

The lesion may look like an elongated cyst along the long axis of the ACL, or as an enlarged ACL. Discrete intraosseous ganglia are observed in 3/4 of the cases with mucoid degeneration of the ACL. These ganglia consist of myxoid material.

The MR-findings of mucoid degeneration of the ACL include:

What is the Treatment?

Arthroscopic surgery is a great option to allow partial excision of the degenerate lesions of the ACL resulting in immediate pain relief and improvement of the range of motion without any symptoms of instability. The significant pain relief is being attributed to the decreased volume and tension in the ACL.

Mucoid degeneration of the ACL should be considered when an apparently thickened and ill-defined ACL with increased signal intensity on all sequences is identified in a patient with a clinically intact ACL.

There has been reports of secondary instability of the knee after this surgery as the anterior cruciate ligament can be weakened to the state that it ruptures or is no longer functional.

There is also a risk of recurrence of the mucoid degeneration over time.