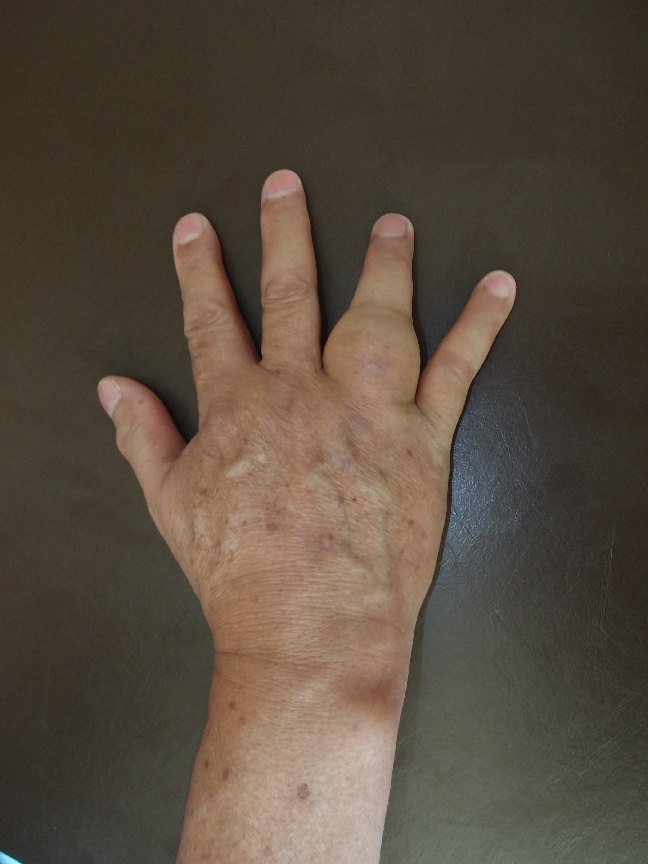 Tumour of the Finger

A taxi driver presented with an enlarging lump over his right ring finger. He tells me that this lump has been present for many years but recently has become bigger and occasionally painful. 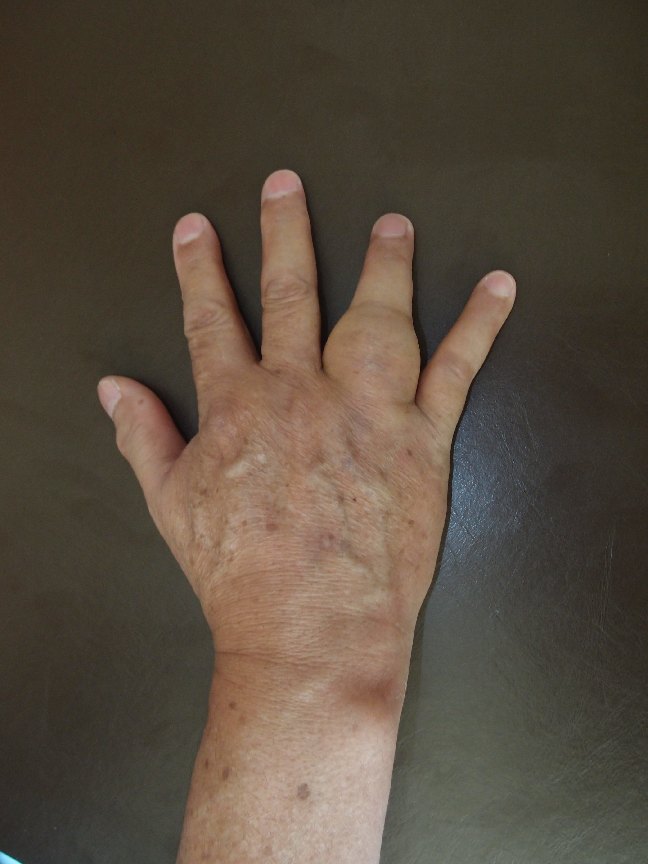 A lump at the Ring Finger

X-rays showed an expansile bony tumour of the proximal phalanx of the right ring finger. 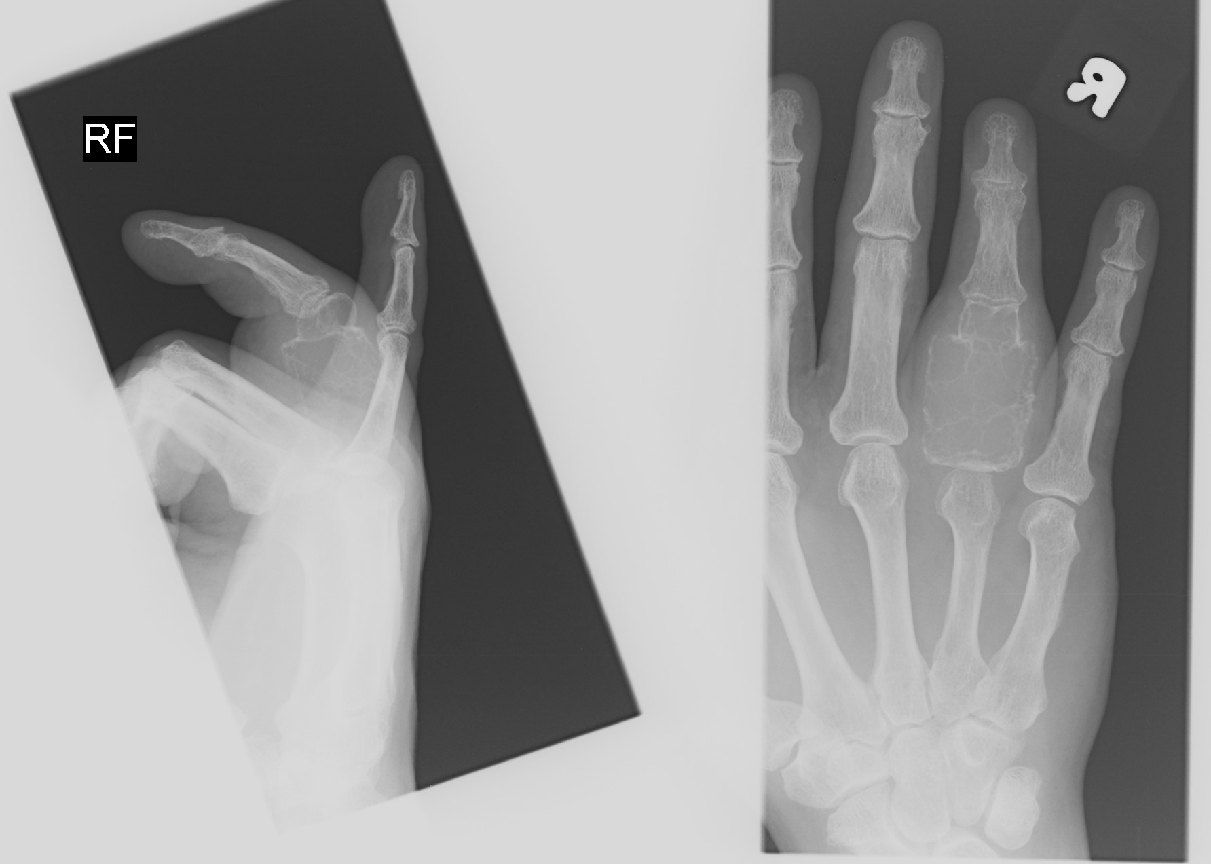 Possible Cause of This Tumour:

Enchondroma is one type of benign (non-cancerous) cartilage tumour that appears on the inside of the bone.

These tumours usually begin and grow in childhood, then stop growing but remain present throughout adulthood.

They are often found in patients between 10 and 20 years of age.

These tumours are very common and often occur in the small bones of the hand and feet.

They are the most common tumour of the hand.

They also occur in the long bones of the upper arm and thigh.

In rare cases, multiple tumours can appear as part of a syndrome. These syndromes are Ollier’s disease and Maffucci’s syndrome.

Single enchondromas can become cancerous, but this is very rare. The rate of change to a cancerous tumour is a little higher in Ollier’s disease and Maffucci’s syndrome. For the very few that become cancer, when they become malignant, they usually become a chondrosarcoma. Being able to tell the difference between these benign tumors and very low-grade forms of cancerous tumours can be difficult.

Giant-cell tumour  is a relatively uncommon tumour of the bone.

It has multi-nucleated giant cells (osteoclast-like cells). Malignancy in giant cell tumour is uncommon and occurs in approximately 2% of all cases.

However, if malignant degeneration does occur it is likely to spread to the lungs.

Giant cell tumours are normally benign. It can be locally aggressive (eat up the bone).

It typically has a “soap-bubble” appearance on x-rays.

This patient opted for an amputation of his right ring finger.

The tumour turned out to be a Giant Cell Tumour of the bone.

Giant cell tumour (GCT) of the hand is rare and seems to be different from conventional GCT, which occurs at other sites in the skeleton.

GCTs recur more rapidly in the hand than they do in other locations.

It is even rarer to encounter a GCT arising from the phalanges.

Of the more than 2,400 skeletal GCTs reported in the literature, less than 50 were found to involve the phalanges of the hand.